Five Felines on the Fourteenth Floor

Like just about everyone else on the planet, I am currently on lockdown. But I am not at home. I am not even in my own country, or continent; I am stranded in Dubai. But please don’t feel sorry for me, these times present us with wonderful new opportunities and experiences, if we choose to open our eyes and ears and notice them. I am in an apartment, requiring a permit to walk out of the front door and must wear a mask and gloves if I do walk out. I know approximately two and a half people in the city.

I am an active outdoorsy dog walker normally and so this is very different for me… .however, I am in a spacious flat, with ocean views and a balcony and the best bit...FIVE FABULOUS FELINES (and a very kind human) who allow me to share their space.

I’d like to introduce you to these gorgeous cats, share their rescue stories as well as the intricacies of their daily life.

First up, we have Carrefour, The Man of the House. 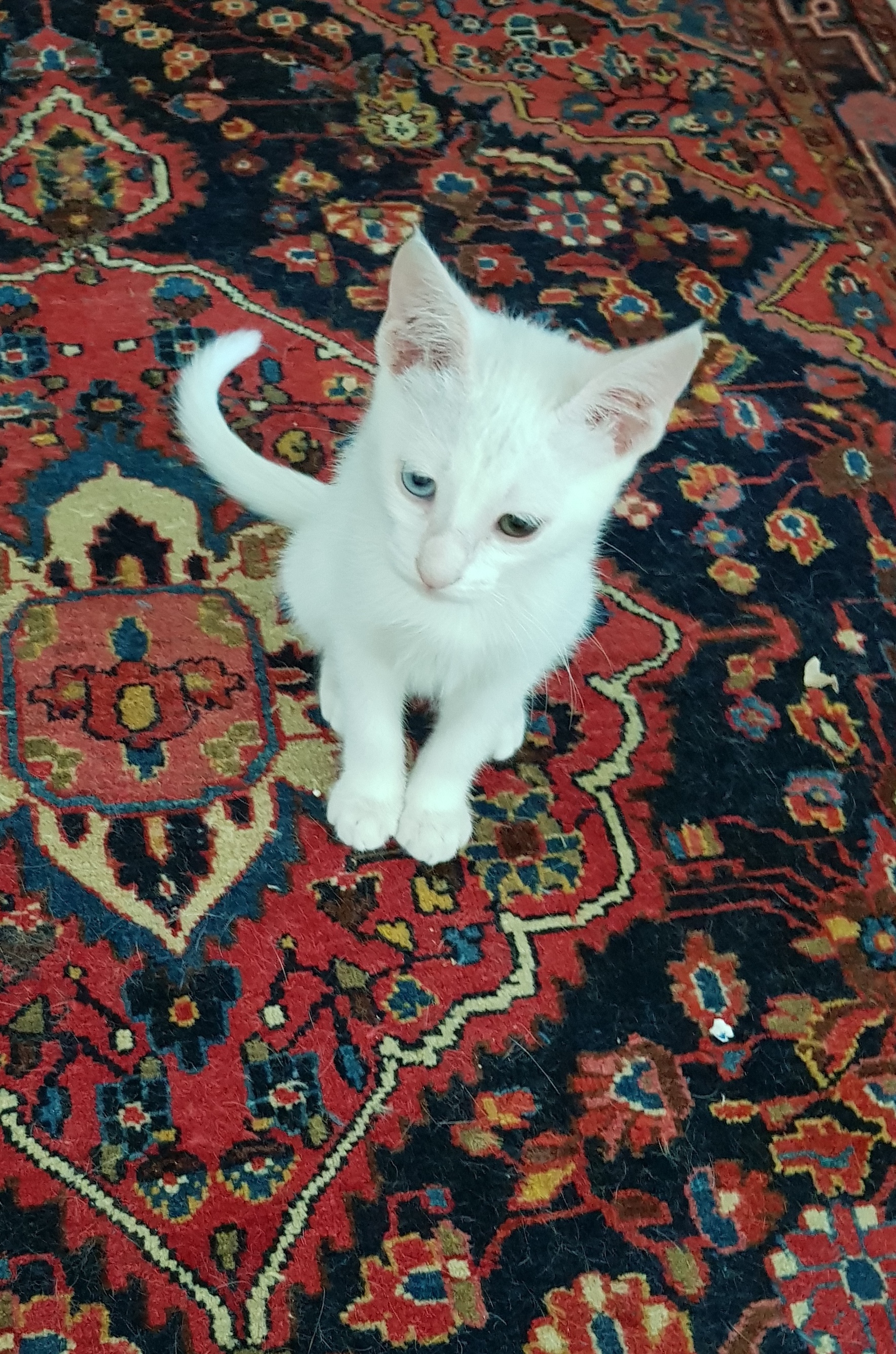 Carfi was found as a tiny kittie, grabbing what morsels he could from a supermarket (can you guess which one?) car park in Abu Dhabi. He was rescued by a very kind lady and embarked on his career as an ambassador for the Arabian Mau breed, a role that he fulfills to this day.

Carfi is sleek and handsome - in a rugged way - and he often spends time alone with his favourite fluffy blanket, blissing out to the memories of when life was just him and his human mum. The days when he would nestle into her neck and all the world was just fine.

The problem with a big hearted human mum is that she sees other moggies in despair … and so it was that beautiful, placid Ameer entered the sanctuary of Carrefour’s home. Ameer means, prince, but bless him, when he was spotted in the mangroves, begging for scraps of food from kindly feeders, the tiny, wobbly tabby and white boy was anything but regal. Like his soon to be foster brother, Carrefour, Ameer has his left ear ‘tipped’, or cut square, to indicate that he has been neutered and vet checked. His beautiful gooseberry green eyes were looking for love and reassurance. The two boys learned to love each other, with affectionate grooming sessions and Carrefour loved his new companion especially when his mum went out to work all day. Together the boys created smooth, glossy, patterned, living, purring sculptures of love.

What’s that noise? Small mewings coming from behind the door? And can you smell curry? Welcome Biryani, street rescue number three and just as adorable ans the others. Being fed by a kind worker saved Biryani’s life, however perhaps his diet was not the best for a cat (can you guess what it was?) Super mum stepped into action and built him up with balanced kitten food and in no time at all, Biryani shared the glossy, though slightly fluffier, coat of his brother’s, bright eyes and snow white pointy teeth with healthy pink gums. If cat personalities were blood types, then Biryani would be type 0; he can walk into any situation and make it better. Biryani the gentle ameliorator.

Due to his placid personality, Biryani fitted in to the household snugly and all was calm and settled. Mum and her three rescue street cats had hours of cuddles and chats and all was well with the world.

Enter Herbie, the Love Bug, a ginger Disney fluff ball with rounded ears and amber eyes that you could drown in. Herbie was not a kitten found on the street. Herbie was a kitten that found a human on the street and clung to her, metaphorically, meowing his forty- a -day drawl up the street until he hopped into her car and looked straight into her soul. And that was it. He was on his way to a new and better life. Herbie is bigger boned and has the round, fluffy face of a British breed, compared to the elegant long limbed and regal Arabian Mau and consequently, he seems to communicate and speak in a totally different language to his foster brothers, causing some understandable misunderstandings. Food is one Herbie’s favourite pastimes.

After some months of hot bedding in order to avoid conflicts, the boys worked out a routine of tolerance and, as far as Biryani was concerned, pretty much pure love. An apartment with four independent, stimulating and intelligent male cats only needs one thing. A female kitten, right?

Well, in the days before lockdown, the guardian angel that introduced these four to their new mum, had rescued a tiny scrap from the streets of Abu Dhabi. Probably white although it was hard to tell from her grubby and down at heel appearance, Tinkerbell used her enormous charisma and magic to whisk up a taxi – possibly the last one from Abu Dhabi to Dubai before lockdown and stepped out of the pet carrier into a whole new world. A world that she owned from the moment her tiny pink paw stepped foot on the cool, smooth tiles and that her blue eye and her green eye took in the comfy and safe surroundings.

Look out boys, Tinkerbell is in town!